I Won’t Call to Say I Love You

We are all, apparently, turning into hermits. But well-connected hermits. At great detriment to our interpersonal skills, which are not so hot to begin with, people are choosing to communicate more through text and email than a phone-call or an actual face-to-face conversation. In a study conducted by the Pew Institute, the number of text messages sent in the U.S. ALONE, shot from 14 billion in 2000 to 188 billion in 2010. And that was five years ago. Now, we send over 193,000 messages a second, only counting SMS texts! This non-verbal communication trend started and rose with the advent of the Internet Age. Way back in 1995, the internet was used by just 44 million people, worldwide. Now, in 2015, there are more than 3 billion people on the internet. That’s almost half the world population using these doo-dads. As the internet spreads, actual vocal communication by phone continues to trend downward. 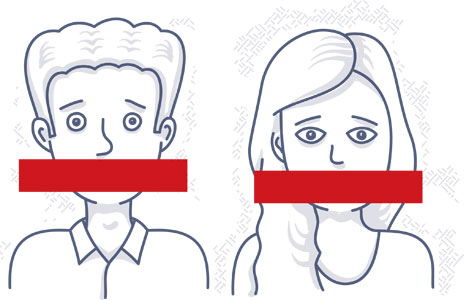 Email is still the number-one form of non-verbal communication, with 188,000,000 (yes, that’s billions) emails sent every day. That makes sense because at work we frequently have to communicate with people that are not physically there; or with people that are not our “friends”, real or of the facebook variety. Taking the time to call and chat, or even just have a quick work-related conversation is a little bothersome, and well, time-consuming. Oddly enough, about 80% of Millennials (probably close to the most hermity segment of the population) believe that face-to-face conversations at work are the best and most important way to communicate. That doesn’t mean, however, that they like to talk to people on the phone. In fact, 32% of people (Millennial aged and older) would rather text than talk on the phone. And 51% of teens prefer digital communication to the real thing! Too bad for them, because adolescence is a key formative period for learning interpersonal communication, as well as learning to pick up on non-verbal cues…socially AWKWARD.

Communication through social media, such as Facebook messages, Tweets, or even apps like Snapchat is also on the rise. With 74% of people polled in the UK stating that they use social media to communicate with others daily. A whopping 43% of 18-24 year-olds believe that texting is equally meaningful as having a real phone conversation (I know it isn’t a majority, but it is still a lot of people). Even in the 65 and older age-group, texting edged out calling 4.7 to 3.8 (texts received over phone calls a day)! The trend continues to grow. Will we soon be in the same place and prefer texting instead of talking to someone sitting right in front of us? The HORROR!

And you may not have gotten the Stevie Wonder reference in the title, but trust me, it’s good.

About the Author: Audrey Morgan